Skip to content
Loading...
How A Small School In Rural Zambia Will Finally Get Electricity
7 Water And Energy Conservation Strategies For Large Families
How 200 Solar Lights Found Their Way To A Small School In Rural Zambia
Ørsted Consolidates Customer Solutions & Bioenergy Divisions
India’s NTPC Limited Offers Solar Power Project Management Services To ISA Members
5 Tips to Make Your First Bike Commute to the Office a Successful One
Congress Charges Ahead on Energy Storage: (BEST) Act
First Round of 15 Winners of Reinventing Cities Competition Announced, Creating New Beacons of Sustainable Design & Construction
5 Major UK Businesses Powered by Renewable Energy
Buy An Electric Car And Save The Planet! Not So Fast, Consider The Alternatives First
Why Do Republicans Now Hate On Christian Morals, National Security, Democracy, The US Constitution, The Rule Of Law, The FBI, The CIA, Honesty, & The US Deficit?
Don The Con & Crew Creating Alternative Reality That Is Almost Completely Fake
Nasty Gas Smells In Long Beach Launch AQMD Long-Term Investigation — We’re There, And It’s About Time!
Books, LiteratureCommunity & CultureEducation 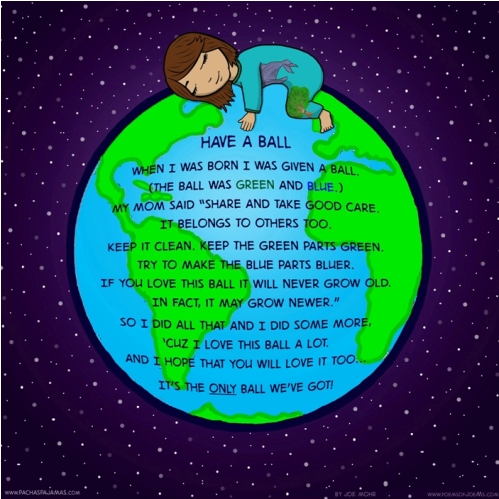 How often do you see positive environmental messages infiltrating (or occupying) the television set or global media, especially in programming for children? Children are on screens a startling 7-13 hours per day, and there is a dangerous lack of environmental (or even culturally appropriate) content for these young minds.

In a recent study by World Science, an alarming trend shows that “Americans are losing their connection with nature,” and furthermore, this is “strikingly evident in respected children’s books” — new children’s books increasingly leave out nature and animals. This was reported by a group of renowned researchers who investigated nearly 300 award-winning children’s books published from 1938 to 2008.

As stewards of the future, how can we begin to offer compelling content connecting children to nature, while still providing them with the interactive, fast and fun messages they want to see?

Popular culture and mainstream media are where news, storytelling, and celebrity collide. Pacha’s Pajamas is an illustrated children’s book, audiobook, live show, soon-to-be-released game app and musical album that combines digital products with real-world experiences to engage children and families in a powerful conversation about our interdependence with nature and each other.

Pacha’s Pajamas stars Yasiin Bey (Mos Def), Majora Carter, Talib Kweli, Cheech Marin, and talented youth and YouTube stars, including Baby Kaely, Lil JZ, Ta’Kaiya Blaney, Ashley Cortez, Jaheem, Miles, Little Lissy, and the Agape Youth Choir. Pacha is a city girl who saves the environment with the help of the world’s plants and animals, and encourages youth to become Nature Superheroes by dreaming of a better world, playing outside, learning about wildlife and talking with their parents, teachers, and peers about becoming better stewards of the earth.

Yasiin Bey says: “It is good to give children a sense of the importance of the environment around them — not just nature but the general environment. Certainly the natural world is a part of that… It’s good to draw that relationship for young people and give them that idea that as much as nature is dependent on them, they’re also dependent on nature. If we don’t treat it good, it’s not gonna treat us very good either.”

Pacha is launching a global campaign on Earth Day calling all kids and parents to dream of a better world together. Children are invited to host a Dream Party the week of June 20, 2012 and share stories, photos, and videos. They are encouraged to start conversations through social media on facebook by tagging @PachasPajamas and Twitter by using the #Pacha hashtag. A Dream Party can take place at home in bed, outside in a tent, at a slumber party with friends, or at any place you rest your head. It is recommended that children talk with parents to plan parties and discuss their dreams. And it is easy to participate. The goal is for kids and parents around the world to dream of a better world together for people, animals, and the environment.

As part of this year’s Earth Day festivities, Aaron Ableman (author of Pacha’s Pajamas) and Layla Love (renowned photographer) are coming together to create a high-impact media performance for children of all ages at the New York City Green Festival, April 22, 2012. This closing musical showcase, also featuring Ietef Vita and LIFE Camp, will follow Russell Simmons on the main stage at 5 pm. This collaboration is a combination of musical storytelling, innovative visual landscapes and a powerful message to connect children with nature.

Details about Pacha’s Pajamas book and music or Dreaming of a Better World Together visit http://pachaspajamas.com.