Skip to content
Loading...
How A Small School In Rural Zambia Will Finally Get Electricity
7 Water And Energy Conservation Strategies For Large Families
How 200 Solar Lights Found Their Way To A Small School In Rural Zambia
Ørsted Consolidates Customer Solutions & Bioenergy Divisions
India’s NTPC Limited Offers Solar Power Project Management Services To ISA Members
5 Tips to Make Your First Bike Commute to the Office a Successful One
Congress Charges Ahead on Energy Storage: (BEST) Act
First Round of 15 Winners of Reinventing Cities Competition Announced, Creating New Beacons of Sustainable Design & Construction
5 Major UK Businesses Powered by Renewable Energy
Buy An Electric Car And Save The Planet! Not So Fast, Consider The Alternatives First
Why Do Republicans Now Hate On Christian Morals, National Security, Democracy, The US Constitution, The Rule Of Law, The FBI, The CIA, Honesty, & The US Deficit?
Don The Con & Crew Creating Alternative Reality That Is Almost Completely Fake
Nasty Gas Smells In Long Beach Launch AQMD Long-Term Investigation — We’re There, And It’s About Time!
Dirty Energy & FuelPolicies & PoliticsRenewable Energy 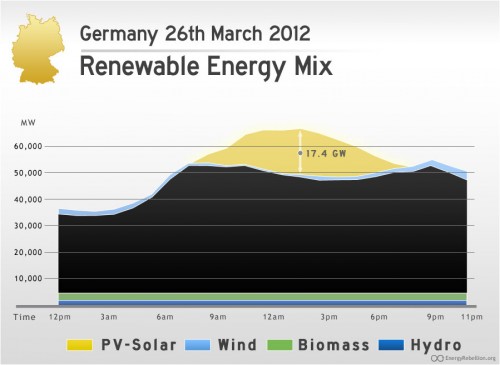 Germany is the solar energy world leader. If you’re not familiar with this or with the solar industry, that may sound surprising, given that Germany isn’t exactly the sunniest country on Earth. However, it’s got tremendously intelligent solar energy policies, and has for years, and this has not only put solar panels on millions of rooftops, but it’s also brought the cost of solar in Germany down to a cost-competitive level (even without subsidies and without taking important health and grid costs of fossil fuel and nuclear options into account). Here’s more, including an awesome video on the topic, from one of our new writers (a German) over on CleanTechnica (note: the video on the bottom isn’t reposting correctly, so I’m putting it at the top):