Skip to content
Loading...
How A Small School In Rural Zambia Will Finally Get Electricity
7 Water And Energy Conservation Strategies For Large Families
How 200 Solar Lights Found Their Way To A Small School In Rural Zambia
Ørsted Consolidates Customer Solutions & Bioenergy Divisions
India’s NTPC Limited Offers Solar Power Project Management Services To ISA Members
5 Tips to Make Your First Bike Commute to the Office a Successful One
Congress Charges Ahead on Energy Storage: (BEST) Act
First Round of 15 Winners of Reinventing Cities Competition Announced, Creating New Beacons of Sustainable Design & Construction
5 Major UK Businesses Powered by Renewable Energy
Buy An Electric Car And Save The Planet! Not So Fast, Consider The Alternatives First
Why Do Republicans Now Hate On Christian Morals, National Security, Democracy, The US Constitution, The Rule Of Law, The FBI, The CIA, Honesty, & The US Deficit?
Don The Con & Crew Creating Alternative Reality That Is Almost Completely Fake
Nasty Gas Smells In Long Beach Launch AQMD Long-Term Investigation — We’re There, And It’s About Time!
FoodHealthPolicies & Politics

The Natural Resources Defense Council (NRDC) reports that it is seeking a ban from weed and feed products which are using what has notoriously been known as “Agent Orange.” What? You mean after the flurry of reports for decades identifying agent orange as increasing the already know horror of war, it is not forever banned. And instead of being banned, it is now used in our food supplies? Read this piece on Agent Orange from the Chicago Tribune‘s Watch Dog for more on Agent Orange’s many problems.

2,4-D, as Gina Solomon points out in her blog, is a pesticide with a lot of problems. With “scientific studies showing links to non-Hodgkin’s lymphoma in humans (and Canine Malignant Lymphoma in household dogs), this chemical survives and thrives as one of the top three pesticides sold in the United States today. Newer science shows that it’s not just a cancer problem, but that this pesticide interferes with several essential hormones.”

Dangerous Pesticide is Lurking, Tracking into Our Houses, Poisoning our Children

I am not an idealist as much as I simply do not condone the conscious poisoning of children — not to mention the rest of us. Corporate money, all of those connected to or owners of chemical companies, buy the right to poison our food chains. This targets our embryos, our children, and causes injury to them in the most unspeakable ways. Children and embryos are the most  susceptible to birth defects and debility from such poisoning.

Solomon continues: “The airborne chemical can even travel significant distances, damaging plants downwind, and contaminating homes. This problem is poised to get worse — Dow Agrosciences has asked the U.S. Department of Agriculture to approve genetically modified corn that would allow farmers to spray the entire crop with large amounts of 2,4-D….”

The wheels of commerce related to the selling of this stuff are cruel and unspeakable. The sadness in such stories as one can easily find on the disturbing effects of Agent Orange, such as this one reported from the Chicago Tribune  are overwhelming (overwhelming one’s struggle to be participant in a realized humanity).

That Agent Orange, in the form of “2, 4-D,” and all things related to it have not been totally banned yet is unconscionable. Stories in Vietnam and the effects of this on the gentle people of Vietnam, their suffering from this chemical, the effects on the offspring of Vietnam Vets who were sprayed with Agent Orange, and the deformities in their children are TOO much already.  The sale of  this product is insidious and it is being used still: Check your labels, looking for words like “2,4,-dichlorophenoxyacetic acid” or “diethanolamine salt of 2,4-dichlorophenoxyacetic acid.” Ask your child’s school what it uses. Find out what is used on your child’s playground. This stuff tracks into your house and lingers a long time.

Break the chain of human poisoning — it is directly connected to animal poisoning. Know what you are eating. Know how it was grown. Refuse to eat poisons. Again, from the NRDC: “This dangerous pesticide is lurking all over the place – from ball fields and golf courses, to front lawns and farms – exposing an enormous amount of the American public to cancer and other serious health risks,” said NRDC senior scientist Dr. Gina Solomon. “There’s no reason to continue allowing a toxic Agent Orange-ingredient in the places our children play, our families live and our farmers work. EPA must step up and finally put a stop to it.” 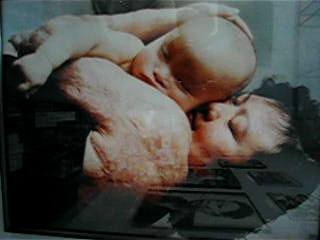