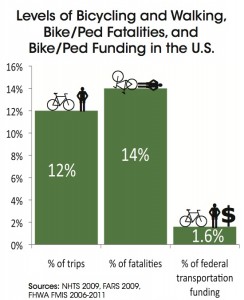 ExxonMobil’s end-of-year financial summary shows that it made a whopping $41.1 billion in 2011 (35% more than in 2010) but only paid a 17.6% tax rate. Who lets them get away with such robbery? Congress obviously does. But so do we, if we don’t hold our Congresspeople accountable and speak up more against such shenanigans.

2. Republicans Who Get Big Money from Keystone XL Oil Backers Trying to Push It Through

Why do Republicans love the Keystone XL pipeline? Well, as the post and chart linked above show, it’s because they get boatloads of money from oil companies backing the pipeline. Surprised?

Over $600,000 have gone to 34 Republican Senators and one Democratic Senator who have proposed legislation trying to circumvent Obama’s decision to axe the Keystone XL (after he was given a deadline to approve it that didn’t allow for an adequate environmental review.)

3. Some “Think Tanks” & “Newspapers” are WAY Confused on Climate Science

The UK’s Global Warming Policy Foundation (GWPF) and (some call them) news outlets such as the Daily Mail, Express and Telegraph spew all sorts of climate change nonsense. But they’re really, really bad at actually communicating what the science says. In fact, they generally report the opposite of what the scientists tell us!

I wonder where they get their money….

Who doesn’t?! Other than the oil companies and their puppets/Congressmen.

Greenpeace USA President Phil Radford recently “sent a formal complaint … to the Securities and Exchange Commission (SEC) calling for an investigation into TransCanada’s use of wildly inflated jobs figures in promoting its application to build the Keystone XL tar sands pipeline. The letter asks the SEC to review the false and misleading claims made by TransCanada on a number of matters related to the pipeline. Greenpeace recieved confirmation from the SEC that the complaint had been referred to its Division of Enforcement.”

Obama, sadly, continues to push an “all of the above” energy strategy, and that includes opening up the Arctic to oil drilling! Guess what an oil spill response plan there would be—get the h*** out and let the Arctic deal with it!

“Now, nearly 600 scientists from around the world have signed an open letter urging President Obama and Interior Secretary Ken Salazar to base Arctic drilling decisions on science, not politics,” Think Progress reports.

6. Threats against Climate Scientists Commonplace—Don’t You Wish You Were One

It’s pretty sad what is going on these days.

“Anti-intellectualism has been a constant thread winding its way through our political and cultural life, nurtured by the false notion that democracy means that ‘my ignorance is just as good as your knowledge.’”
― Isaac Asimov

When reading about society’s that destroy themselves by turning against their most thoughtful, educated, and insightful citizens, one thinks of the medieval inquisition, China’s cultural revolution, or the Cambodian holocaust. Such events have always seemed beyond the pale, unimaginable for most in the developed world.

The anti-science and climate denial movement of today shows us that those brutal, authoritarian, anti intellectual impulses are still strong, and maybe, in the age of Fox news and internet, getting stronger.

More over on Climate Denial Crock of the Week.

7. Romney: No Idea “What the Purpose is” of Public Lands

Ah, what a brilliant, thoughtful presidential candidate! I don’t need to hear any more—he’s got my vote!

“Former Massachusetts governor Mitt Romney likes to sing about America the beautiful, but he mainly seems interested in mining it,” Think Progress explains.

8. House GOP Doing All They Can to Kill Bicycling.. and Bikers

Last week saw an unprecedented attack on bicycling funding and bicyclists from the House GOP. Yes, a clean transportation mode that nearly everyone loves that accounts for about 12% of trips and gets about 1.6% of funding is another demon the GOP is after.

The story’s not over yet. Let’s hope this wonderful mode of transport is not hacked up with an axe by the GOP.

If that doesn’t make sense to you or you want more info, David Brin has two great posts on Red, Green, and Blue this week on supply-side versus demand-side economics and fairy tales Conservatives keep pushing about taxes and job creation.

10. WOWZA, the UN is Out to Get You! (via “Sustainability” Initiatives)… or So the GOP is Telling You

“Things at GOP headquarters are even more crazytown than we could have imagined,” Greg Hanscom of Grist writes. “The Republican National Committee — the group that shapes the national GOP political platform, devises campaign strategies, promotes candidates, and bashes all things Obama — passed a resolution in January warning Americans of a sinister plot hidden in a United Nations report called Agenda 21. Short of suggesting that we all wear tinfoil hats and keep an eye out for contrails, the RNC would have been hard-pressed to put itself further on the wacko fringe.”

Don’t believe him? Here’s more on the resolution via the NYTimes:

WHEREAS, the United Nations Agenda 21 is a comprehensive plan of extreme environmentalism, social engineering, and global political control … and,

WHEREAS, the United Nations Agenda 21 is being covertly pushed into local communities throughout the United States of America through the International Council of Local Environmental Initiatives (ICLEI) through local “sustainable development” policies such as Smart Growth, Wildlands Project, Resilient Cities, Regional Visioning Projects, and other “Green” or “Alternative” projects; and,