Skip to content
Loading...
How A Small School In Rural Zambia Will Finally Get Electricity
7 Water And Energy Conservation Strategies For Large Families
How 200 Solar Lights Found Their Way To A Small School In Rural Zambia
Ørsted Consolidates Customer Solutions & Bioenergy Divisions
India’s NTPC Limited Offers Solar Power Project Management Services To ISA Members
5 Tips to Make Your First Bike Commute to the Office a Successful One
Congress Charges Ahead on Energy Storage: (BEST) Act
First Round of 15 Winners of Reinventing Cities Competition Announced, Creating New Beacons of Sustainable Design & Construction
5 Major UK Businesses Powered by Renewable Energy
Buy An Electric Car And Save The Planet! Not So Fast, Consider The Alternatives First
Why Do Republicans Now Hate On Christian Morals, National Security, Democracy, The US Constitution, The Rule Of Law, The FBI, The CIA, Honesty, & The US Deficit?
Don The Con & Crew Creating Alternative Reality That Is Almost Completely Fake
Nasty Gas Smells In Long Beach Launch AQMD Long-Term Investigation — We’re There, And It’s About Time!
Hurricanes & Cyclones

Not only was 2011 another active hurricane season – producing a total of 19 tropical storms – but it also broke the ‘hurricane amnesia’ and reminded residents in the Northeast of America that the too should be prepared.

The National Oceanic and Atmospheric Administration released a summary of the 2011 hurricane season which also served as a reminder that no matter where on the coast of North America you live, you could be subject to hurricanes.

A total of 19 tropical storms formed in the Atlantic this year, with seven becoming hurricanes, including three major hurricanes.

This level of activity corresponds to NOAA’s predictions and continues the trend of active hurricane seasons that begun back in 1995.

This season tied as the third-highest total of hurricanes since record-taking began back in 1851, matching years 1887, 1995 and 2010, and came in well above the average of 11 tropical storms per season.

That being said, the number of hurricanes and major hurricanes is only slightly above the average of six and two, respectively. 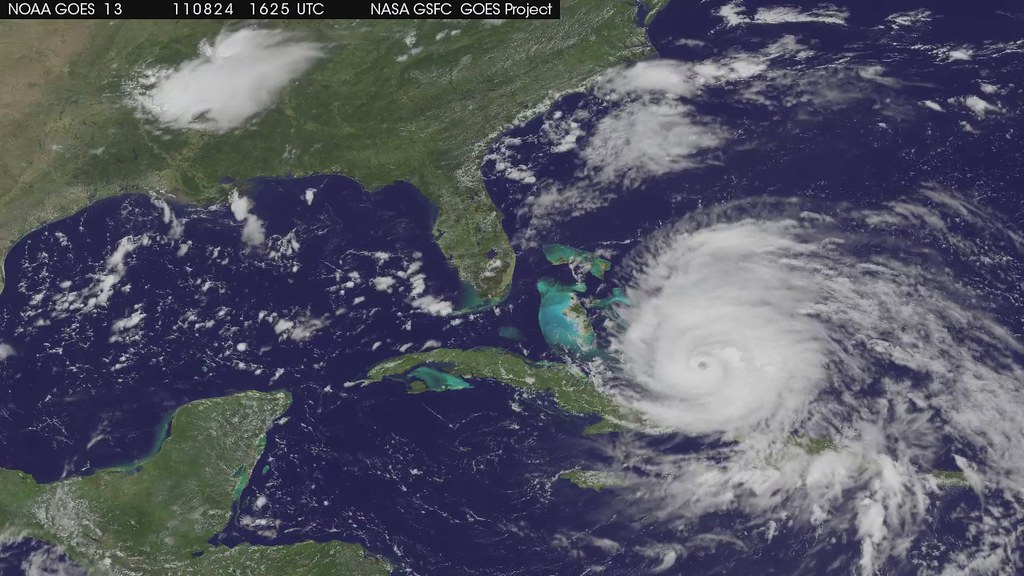 Of all of the hurricanes, Hurricane Irene was the only one to hit the United States during the season, and was the first to do so since Hurricane Ike struck southeast Texas back in 2008. Serving as a reminder of their location, Irene was also the first tropical cyclone to strike the Northeast since Hurricane Bob struck back in 1991.

“Irene broke the ‘hurricane amnesia’ that can develop when so much time lapses between landfalling storms,” said Jack Hayes, Ph.D., director of NOAA’s National Weather Service. “This season is a reminder that storms can hit any part of our coast and that all regions need to be prepared each and every season.”

Despite Hurricane Irene’s landfall, she only managed to do so as a category 1 in North America, meaning that the US has gone six straight seasons without a major hurricane – meaning a Category 3, 4, or 5 with top winds of 111 miles per hour and greater – making landfall.

The last major hurricane to do so was Hurricane Wilma back in 2005, which made landfall as a Category 3 hurricane after deintensifying from a Category 5.

But Hurricane Irene serves as a good reminder that high wind-speeds are not the only danger when a hurricane makes landfall. Hurricanes Irene and Lee both caused deadly and destructive flooding, and considering that more than half of tropical storm fatalities are the result of flooding, it’s more reason to stay prepared.

NOAA can be properly proud of their work during this hurricane season, accurately predicting the exact path of Hurricane Irene from its landfall in eastern North Carolina and its subsequent path northward more than four days in advance. NOAA’s National Hurricane Center used information from weather satellites, hurricane models, aircraft observations, and other data to make this successful prediction that allowed emergency officials to plan the necessary evacuations and other preparations.

However, NOAA didn’t manage to forecast the exact intensity of Irene as she made landfall, highlighting just how difficult it can be to understand and forecast hurricanes.

“Although the 2011 hurricane season has ended, our need to prepare for disasters hasn’t,” said Craig Fugate, administrator of the Federal Emergency Management Agency. “Being prepared for all kinds of hazards, from hurricanes to blizzards to tornadoes, is a year-round activity. We encourage all members of the team, especially the public, to continue to prepare for emergencies by staying informed of forecasted weather events, making an emergency plan, and building your emergency preparedness kit. Visit Ready.gov to learn more.”