Skip to content
Loading...
How A Small School In Rural Zambia Will Finally Get Electricity
7 Water And Energy Conservation Strategies For Large Families
How 200 Solar Lights Found Their Way To A Small School In Rural Zambia
Ørsted Consolidates Customer Solutions & Bioenergy Divisions
India’s NTPC Limited Offers Solar Power Project Management Services To ISA Members
5 Tips to Make Your First Bike Commute to the Office a Successful One
Congress Charges Ahead on Energy Storage: (BEST) Act
First Round of 15 Winners of Reinventing Cities Competition Announced, Creating New Beacons of Sustainable Design & Construction
5 Major UK Businesses Powered by Renewable Energy
Buy An Electric Car And Save The Planet! Not So Fast, Consider The Alternatives First
Why Do Republicans Now Hate On Christian Morals, National Security, Democracy, The US Constitution, The Rule Of Law, The FBI, The CIA, Honesty, & The US Deficit?
Don The Con & Crew Creating Alternative Reality That Is Almost Completely Fake
Nasty Gas Smells In Long Beach Launch AQMD Long-Term Investigation — We’re There, And It’s About Time!
BicycleCommunity & CultureGreen Your LifeTransport & Travel

This is a great story I ran across on Copenhagenize, of what the title says (a woman bicycling to the hospital pregnant and with contractions), but also with an ironic poster added at the bottom. 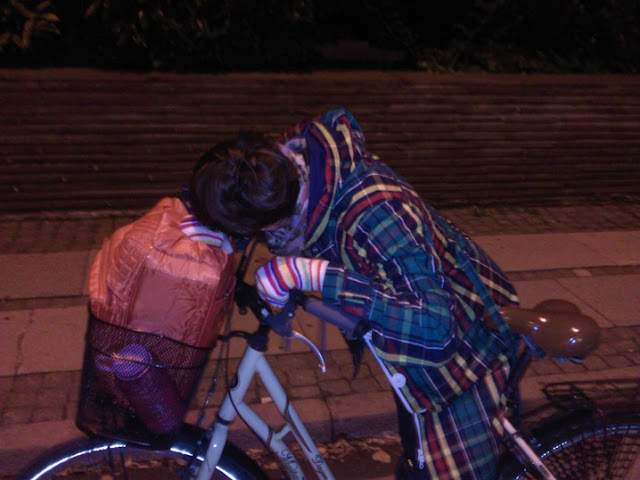 If you live in Denmark it’s not unusual to have heard stories of pregnant women riding their bicycle to the hospital with contractions. We’ve all heard the stories. Today, however, Copenahgenize is thrilled to provide some photographic documentation. Our friend Ole of “I read Copenhagenize and sold the family car” fame hooked us up with two friends of his, John and Lina. The time came for Lina to give birth – the contractions were getting closer together – and the couple, who don’t own a car (like 70.9% of Copenhageners) headed out to their bicycles. John and Lina are actually from Montreal but live in Copenhagen.

John and Lina have kindly allowed us to blog the photos that John took on the way to the hospital. It was only 1.5 km away but Lina had to stop a few times because the contractions were strong. The above photo was taken at 03:58. Head leaning on her pre-packed bag. 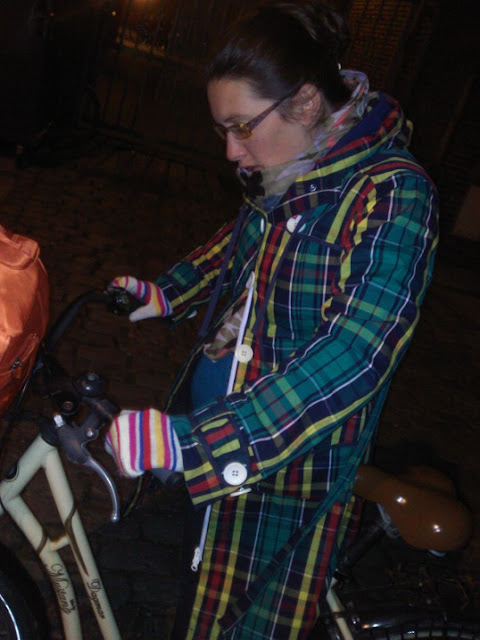 This photo was taken at 04:04. So the contractions were six minutes apart. I’ll never know how it feels but having two kids I have a pretty good idea. 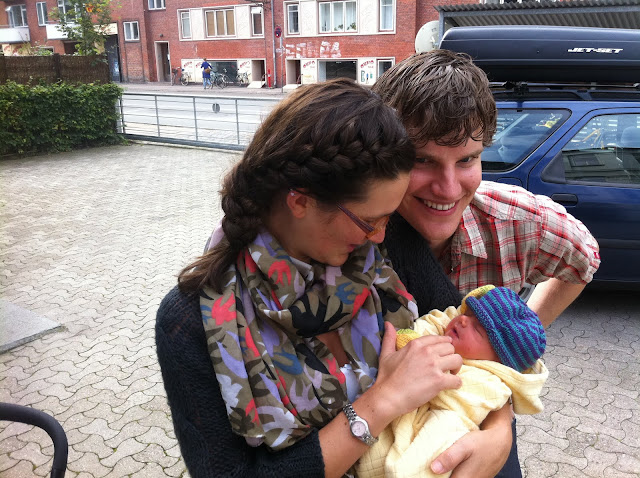 Like most bicycle stories, it all ended well. They arrived at the labour ward of the hospital at 04:15 and baby Viggo made his entrance into the world at 07:19.

We’re absolutely thrilled for John and Lina and they have our warmest congratulations on the birth of Viggo. And thanks to them all for letting us share their fantastic bicycle experience. 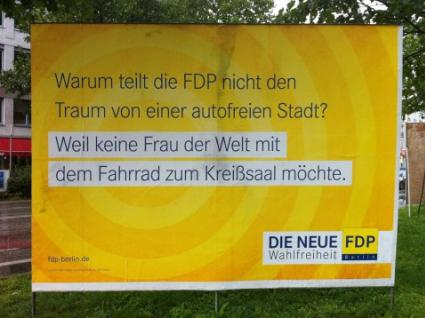 Ironically, there is this poster hanging around Berlin at the moment, says one of our readers, Michael. An election poster for the liberal party. It reads:

Q: “Why isn’t the FDP (liberals) not sharing the dream of a car free city?”
A: “Because no woman in the world wants to ride to the delivery room by bike” 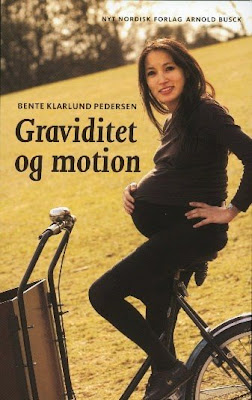 Cycling whilst pregnant is virtually prescribed here in Denmark and there is no reason not to do it. Beats walking by a long shot, easy on the back and it increases your mobility radius while giving you decent exercise. Above is a book called Pregnancy and Exercise, written by a doctor. The cover image says it all. Above is my lovely ex with our boy and 8 months pregnant with our girl. We actually lived across the street from the hospital so getting there was a walkable cinch. The midwife clinic was also across the street and there is always a long line of pregnant women popping by for a check-up. Here are some photographs of cycling pregnant in Copenhagen: