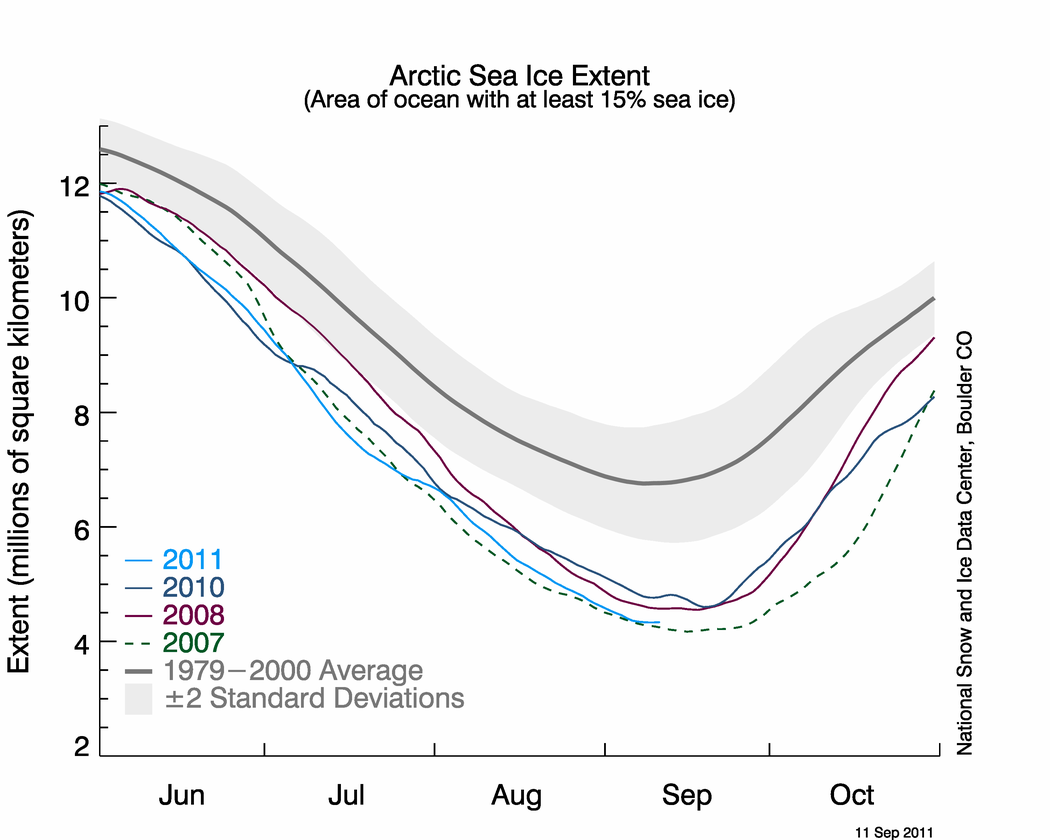 According to NSIDC, “the rate of decline has flattened considerably the last few days,” adding that “Arctic sea ice is likely near its minimum value for the year.”

Referring to the discrepancy between various calculations, NSIDC noted that the University of Bremen “employ an algorithm that uses high resolution information from the JAXA AMSR-E sensor on the NASA Aqua satellite. This resolution allows small ice and open water features to be detected that are not observed by other products.”

“This year the ice cover is more dispersed than 2007 with many of these small open water areas within the ice pack. While the University of Bremen and other data may show slightly different numbers, all of the data agree that Arctic sea ice is continuing its long-term decline.”

Final announcements of sea ice minimum will start appearing in the first few weeks of October once the sea ice has completely finished decreasing.