The visualizations are part of the Goddard Space Flight Center’s Scientific Visualization Studio which is based on data provided by MSR-E instrument on NASA’s Aqua satellite.

You can clearly see towards the bottom the open Northwest Passage above northern Canada, which allows for passage from the North Pacific through the Bering Strait, through the Arctic corridor and out into the North Atlantic.

Here you can see the differences between the current sea ice minimum extent and the maximum extent which was recorded on March 7, 2011.

But however white the maximum looks, it is still much lower than it should be at that time of year, as the thickest and therefore longest-living ice in the Arctic has been declining by a rate of approximately 15 percent per decade, according to NASA sea ice scientist Josefino Comiso in a paper published in August in the Journal of Climate. 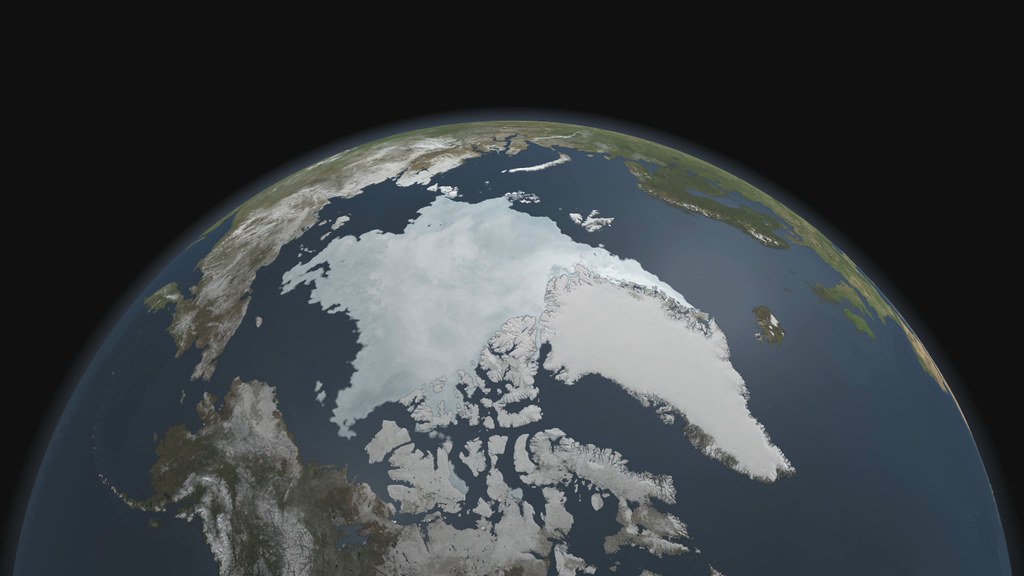 Finally is a video of the change from sea ice maximum to sea ice minimum, from winter through summer.