Skip to content
Loading...
How A Small School In Rural Zambia Will Finally Get Electricity
7 Water And Energy Conservation Strategies For Large Families
How 200 Solar Lights Found Their Way To A Small School In Rural Zambia
Ørsted Consolidates Customer Solutions & Bioenergy Divisions
India’s NTPC Limited Offers Solar Power Project Management Services To ISA Members
5 Tips to Make Your First Bike Commute to the Office a Successful One
Congress Charges Ahead on Energy Storage: (BEST) Act
First Round of 15 Winners of Reinventing Cities Competition Announced, Creating New Beacons of Sustainable Design & Construction
5 Major UK Businesses Powered by Renewable Energy
Buy An Electric Car And Save The Planet! Not So Fast, Consider The Alternatives First
Why Do Republicans Now Hate On Christian Morals, National Security, Democracy, The US Constitution, The Rule Of Law, The FBI, The CIA, Honesty, & The US Deficit?
Don The Con & Crew Creating Alternative Reality That Is Almost Completely Fake
Nasty Gas Smells In Long Beach Launch AQMD Long-Term Investigation — We’re There, And It’s About Time!
Nature 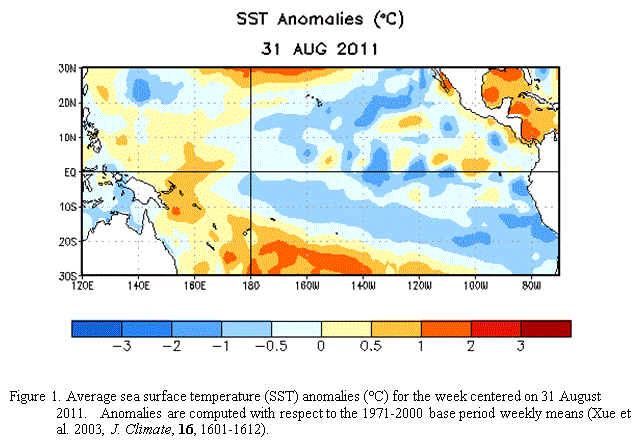 As climate experts had already predicted, the National Oceanic and Atmospheric Administration has announced that La Niña – which was the cause behind so much of the extreme weather towards the end of 2010 and into 2011 – has re-emerged in the Pacific Ocean and is expected to gradually strengthen and continue into the Northern Hemisphere’s winter.

“This means drought is likely to continue in the drought-stricken states of Texas, Oklahoma and New Mexico,” said Mike Halpert, deputy director of the Climate Prediction Center. “La Niña also often brings colder winters to the Pacific Northwest and the northern Plains, and warmer temperatures to the southern states.”

The impressively strong La Niña in 2010-11 was partly responsible for the record US winter snowfall which in turn led to spring flooding, the extreme drought conditions across the United States, as well as extreme weather events around the world, such as heavy rains and monsoons in Asia, the devastating and fatal cyclones in the north east of Australia, and extremely dry period in equatorial eastern Africa.

“La Niña is a naturally occurring climate phenomenon located over the tropical Pacific Ocean and results from interactions between the ocean surface and the atmosphere. During La Niña, cooler-than-average Pacific Ocean temperatures influence global weather patterns. La Niña typically occurs every three-to-five years, and back-to-back episodes occur about 50 percent of the time.”