Skip to content
Loading...
How A Small School In Rural Zambia Will Finally Get Electricity
7 Water And Energy Conservation Strategies For Large Families
How 200 Solar Lights Found Their Way To A Small School In Rural Zambia
Ørsted Consolidates Customer Solutions & Bioenergy Divisions
India’s NTPC Limited Offers Solar Power Project Management Services To ISA Members
5 Tips to Make Your First Bike Commute to the Office a Successful One
Congress Charges Ahead on Energy Storage: (BEST) Act
First Round of 15 Winners of Reinventing Cities Competition Announced, Creating New Beacons of Sustainable Design & Construction
5 Major UK Businesses Powered by Renewable Energy
Buy An Electric Car And Save The Planet! Not So Fast, Consider The Alternatives First
Why Do Republicans Now Hate On Christian Morals, National Security, Democracy, The US Constitution, The Rule Of Law, The FBI, The CIA, Honesty, & The US Deficit?
Don The Con & Crew Creating Alternative Reality That Is Almost Completely Fake
Nasty Gas Smells In Long Beach Launch AQMD Long-Term Investigation — We’re There, And It’s About Time!
Books, LiteratureDirty Energy & FuelGlobal WarmingNaturePolicies & PoliticsScience 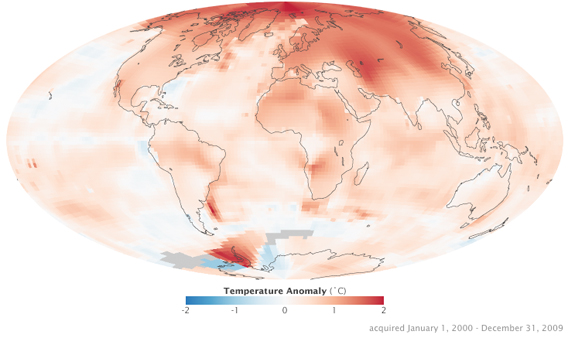 Global warming news of the week (other than what we reported already).

Desertification and land degradation is “the greatest environmental challenge of our time” and “a threat to global wellbeing”, according to the UN’s top drylands official, Luc Gnacadja, who says people must be paid via global carbon markets for preserving the soil.

The science of climate change and even the scientists themselves are under attack from a well-orchestrated and well-oiled misinformation campaign.  The best defense against this anti-science offensive is to make sure that the correct message reaches a wide audience.  Chris Mooney & Sheril Kirshenbaum in their bookUnscientific America: How Scientific Illiteracy Threatens our Future explain that scientists have failed to get their message across for a variety of reasons but mostly because we are not engaging the public on their turf.  After reading that book, I became a climate change science education advocate with my Global Warming: Man or Myth? Website, this blog, and more recently a Facebook Fan Group called Global Warming Fact of the Day.  I have two small children and I do not like the future that I see for them or for their children in a human-driven warmer world.   As I travel the blogosphere and as I watch television, it is quite apparent that Moody & Kirshenbaum are on to something.  Scientists have fallen quite short of being the expert communicators that they must be for no less a reason than our future is at stake.  Obviously we have much to learn….

Recently, my daughter Grace (6) has been begging me to sign her up for Disney’s “Friends of Change” to help save the planet.  When we signed up, I thought it would have some educational information as to what causes climate change. But it doesn’t, just some brief videos from Disney stars on how to recycle and pledges to sign.  Which is great, but it really didn’t motivate her to do anything like I thought it would.

So I started to search the web for kids Climate Education websites and the best one I found was the European Unions website. It has videos of actual wind farms, hydro plants, biomass and bio-fuels. Also, tons of learning games for kids to play that teaches them the causes of Climate Change. The site has information on what fossil fuels are and how they effect our planet….

The Tyee, an “independent daily online magazine” based in British Columbia, Canada has a two-part series on how Canada is trying to push their dirty tar sands oil and  block US regulations to clean up our fuels….

Lonnie Thompson on why climatologists are speaking out: “Virtually all of us are now convinced that global warming poses a clear and present danger to civilization”

That bold statement may seem like hyperbole, but there is now a very clear pattern in the scientific evidence documenting that the earth is warming, that warming is due largely to human activity, that warming is causing important changes in climate, and that rapid and potentially catastrophic changes in the near future are very possible. This pattern emerges not, as is so often suggested, simply from computer simulations, but from the weight and balance of the empirical evidence as well….

Review: Climatopolis: How our cities will thrive in the hotter future by Matthew Kahn is not a good book

Memo to economists: Please read the scientific literature before opining on the impacts of global warming….

NASA has released a new analysis of temperature change.

Image Credits: Horizon; Random Tree; NASA images by Robert Simmon, based on data from the Goddard Institute for Space Studies.