Skip to content
Loading...
How A Small School In Rural Zambia Will Finally Get Electricity
7 Water And Energy Conservation Strategies For Large Families
How 200 Solar Lights Found Their Way To A Small School In Rural Zambia
Ørsted Consolidates Customer Solutions & Bioenergy Divisions
India’s NTPC Limited Offers Solar Power Project Management Services To ISA Members
5 Tips to Make Your First Bike Commute to the Office a Successful One
Congress Charges Ahead on Energy Storage: (BEST) Act
First Round of 15 Winners of Reinventing Cities Competition Announced, Creating New Beacons of Sustainable Design & Construction
5 Major UK Businesses Powered by Renewable Energy
Buy An Electric Car And Save The Planet! Not So Fast, Consider The Alternatives First
Why Do Republicans Now Hate On Christian Morals, National Security, Democracy, The US Constitution, The Rule Of Law, The FBI, The CIA, Honesty, & The US Deficit?
Don The Con & Crew Creating Alternative Reality That Is Almost Completely Fake
Nasty Gas Smells In Long Beach Launch AQMD Long-Term Investigation — We’re There, And It’s About Time!
ActivismBooks, LiteratureBusinessGreen Your Life 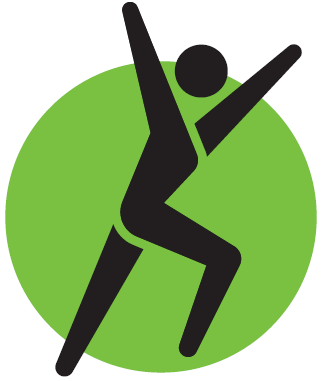 Climate Counts has a Striding Shoppers Campaign going that is clearly worth a shout out. The company does extensive analyses of many of the world’s biggest companies to see how they are dealing with climate change and then creates scores (from 0-100) for them that consumers can use to help them in their shopping choices.

“Specifically, we look at whether or not companies are reviewing and reducing their greenhouse gas emissions, the positions they’re taking on climate and energy legislation, and their clarity in reporting climate information,” Climate Counts writes.

How to Become a Striding Shopper

Becoming a Striding Shopper is quite easy.

For a little more detail, here is a 4-step guide showing you how to make the biggest impact as a Striding Shopper:

Why the Striding Shoppers Campaign is Important

Companies are in charge of a huge portion of human society. How they operate and the materials they use are critical to our success as a green society. But businesses do not make decisions on their own. They make a lot of decisions completely based on what their customers (or potential customers) want.

“Business can be the most powerful force for good on the planet, but for business to act aggressively, consumers have to be engaged,” Climate Counts writes.

“Why a focus on the biggest companies? It’s a matter of scale. If 150 large companies reduced their current greenhouse gas emissions by just 5% it would be like taking 42 million cars off the road for a year.

Top 90 Companies Doing Much Better This Year Than Last

For whatever reason, a sense of corporate responsibility or pressure from consumers and governments, Climate Counts just reported that the top 90 companies on its Climate Counts list have improved considerably in the past year.

Climate Counts scores improved 14% over 2009 according to its latest review of 90 top companies’ climate commitment. Nike had the top score for the third straight year but other companies are closing the gap; eleven companies now score over 75 points out of a possible 100.

“There’s an emerging top tier of innovative companies leading on climate,” said Wood Turner, Climate Counts Executive Director. “Climate action may have bogged down in Washington, but these companies know they can build successful businesses while tackling the climate crisis.”

Significant improvement is the important story this year. Five “surging” companies improved their scores by 20 or more points—led by commercial bank PNC Financial Services’ 40-point improvement. Since Climate Counts’ first scores were launched in 2007, the average company score has improved from 31 points to 50.1 points.

“Corporate climate commitment has graduated. It is now the norm for well-managed, forward-thinking businesses,” said Turner. “We’re excited about that 50-point milestone. When we launched four years ago, we issued a clear challenge, and companies appear ready to see the leadership bar raised.”

Join these improving companies and improve your shopping decisions this year. Again, check out the scores on Climate Counts’ Facebook page above or on the Scorecard Overview page on its website. Or, for a quick scan of industry leaders, here is a list of those: