Skip to content
Loading...
How A Small School In Rural Zambia Will Finally Get Electricity
7 Water And Energy Conservation Strategies For Large Families
How 200 Solar Lights Found Their Way To A Small School In Rural Zambia
Ørsted Consolidates Customer Solutions & Bioenergy Divisions
India’s NTPC Limited Offers Solar Power Project Management Services To ISA Members
5 Tips to Make Your First Bike Commute to the Office a Successful One
Congress Charges Ahead on Energy Storage: (BEST) Act
First Round of 15 Winners of Reinventing Cities Competition Announced, Creating New Beacons of Sustainable Design & Construction
5 Major UK Businesses Powered by Renewable Energy
Buy An Electric Car And Save The Planet! Not So Fast, Consider The Alternatives First
Why Do Republicans Now Hate On Christian Morals, National Security, Democracy, The US Constitution, The Rule Of Law, The FBI, The CIA, Honesty, & The US Deficit?
Don The Con & Crew Creating Alternative Reality That Is Almost Completely Fake
Nasty Gas Smells In Long Beach Launch AQMD Long-Term Investigation — We’re There, And It’s About Time!
FoodGlobal WarmingScienceWater 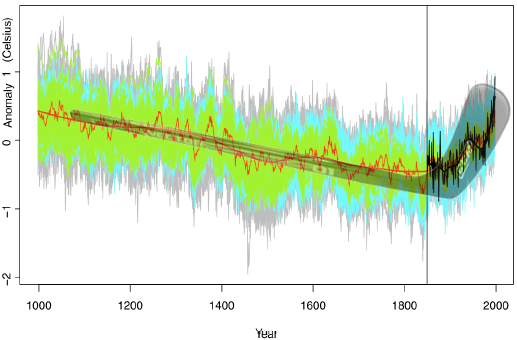 The global warming news I have to share this week transitions from the floods and fires we discussed last week to the issue of food and water (including how they are affected by floods and fires) and other effects of global climate change you may not be thrilled to hear about. Additionally, I have a few analytical pieces from Joe Romm and John Cook.

First up is the always informative and fun Climate Denial Crock of the Week by Peter Sinclair. This is on the “CO2 is Plant Food” topic. Watch it below.

For more on this topic, you can also read Grist’s: “In a warmed world, even food won’t be as good for you.”

Also on the topic of food (and touched on in the video above), Matthew McDermott of TreeHugger recently wrote a post (I admit, it was over a week ago) on a new report in the Proceedings of the National Academy of Sciences that shows how warming nighttime temperatures from climate change are reducing Asian rice yields (already).

One of the key conclusions from this report — we can expect “a net negative impact on yield from moderate warming in coming decades,” and the impact will be worse the worse the warming is.

Susan Kraemer had a recent post on this issue on Blue Living Ideas where she pointed out that sea level rise and flooding alone (not to mention droughts) threaten the drinking water of 15 million Americans, and this is only in one region of the U.S.

This is the point of climate change that those informed on the issue are concerned about — it threatens the most necessary natural systems and resources that we all rely on to live on this Earth.

Global Warming and the Oceans

Another water issue related to global warming is in the oceans.

Directly from Climate Progress, here’s the intro to a not-so-uplifting piece by renowned scientist Carl Zimmer on “the looming oxygen crisis and it’s impact on our oceans.”

We’ve known for a while that we are poisoning the oceans and that human emissions of carbon dioxide, left unchecked, would likely have devastating consequences.  A 2010 study found thatoceans are acidifying 10 times faster today than 55 million years ago when a mass extinction of marine species occurred.

And we’ve known those impacts might last a long, long time —a 2009 study concluded ocean dead zones “devoid of fish and seafood” are poised to expand and “remain for thousands of years.” Worse, a Nature study just found that global warming is already the likely cause of a 40% decline in the ocean’s phytoplankton:  “Microscopic life crucial to the marine food chain is dying out. The consequences could be catastrophic.”

Carl Zimmer, a noted science writer and winner of the 2007 NAS Communication Award, reveals some more chilling facts about the path our oceans may be on in this repost from Yale’s Environment 360 online magazine.

One of global warming deniers’ least favorite pieces of science is the famous hockey stick graph. A recent (and unsuccessful) attempt to show there is no hockey stick in the climate change data, does not kill the hockey stick at all, but it does seem to kill the theory of a global “Medieval Warm Period,” a global warming denier favorite. A fun, in-depth read on this, comparing it to a murder case and frequently referencing The Usual Suspects, is available on Climate Progress — The Curious Case of the Hockey Stick that Didn’t Disappear. Part 1: The Police Lineup But who killed the Medieval Warm Period? He follows up on this piece with another good one as well — I went to a statistician fight and a hockey stick broke out Part 2, DeepClimate throws McShane and Wyner into the penalty box: “This is a deeply flawed study”

John Cook of Skeptical Science dove into another key topic of climate science recently — how the fact that CO2 lags temperature in previous climate change on our planet shows us that the CO2 emissions/global warming merry-go-round speeds means bad news not good (global warming isn’t happening) news. The general point is: “warming causes more CO2 and more CO2 causes warming.” Not good, and one clear reason why we need to get acting fast to reduce our CO2 emissions.

Joe Romm follows Cook’s piece on Climate Progress by pointing out some of the other amplifying global warming feedback loops scientists have firmly identified.

I know, not the most uplifting stuff this week. But, what can you expect?

As I also noted in my Green Living, Clean Energy, and Green Activism News of the Week post this week, I’m not sure yet if we will get a global warming roundup out next weekend, since I will be on vacation. But perhaps someone else will be interested in picking up this job. So, we’ll see.