Skip to content
Loading...
How A Small School In Rural Zambia Will Finally Get Electricity
7 Water And Energy Conservation Strategies For Large Families
How 200 Solar Lights Found Their Way To A Small School In Rural Zambia
Ørsted Consolidates Customer Solutions & Bioenergy Divisions
India’s NTPC Limited Offers Solar Power Project Management Services To ISA Members
5 Tips to Make Your First Bike Commute to the Office a Successful One
Congress Charges Ahead on Energy Storage: (BEST) Act
First Round of 15 Winners of Reinventing Cities Competition Announced, Creating New Beacons of Sustainable Design & Construction
5 Major UK Businesses Powered by Renewable Energy
Buy An Electric Car And Save The Planet! Not So Fast, Consider The Alternatives First
Why Do Republicans Now Hate On Christian Morals, National Security, Democracy, The US Constitution, The Rule Of Law, The FBI, The CIA, Honesty, & The US Deficit?
Don The Con & Crew Creating Alternative Reality That Is Almost Completely Fake
Nasty Gas Smells In Long Beach Launch AQMD Long-Term Investigation — We’re There, And It’s About Time!
ActivismGlobal Warming 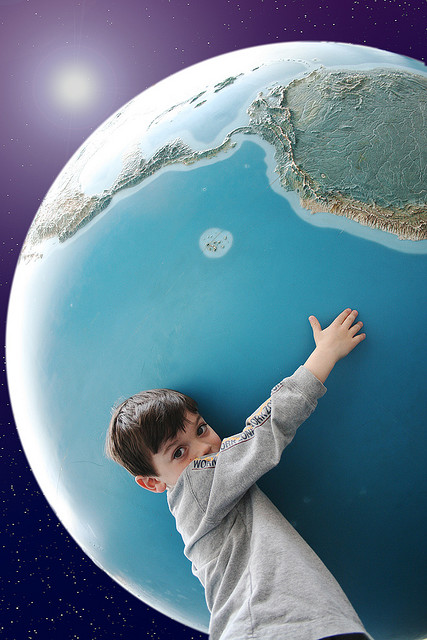 Today is global warming’s birthday — well, the day the term was coined 35 years ago. What are you going to do on this day?

On Aug. 8, 1975, Wally Broecker used the phrase global warming in scientific literature for the first time. The article, published in the journal Science, was: “Are we on the brink of a pronounced global warming?“

In the article, he wrote: “The exponential rise in the atmospheric carbon dioxide content will tend to become a significant factor and by early in the next century will have driven the mean planetary temperature beyond the limits experienced during the last 1000 years.”

Exactly right! (See our latest summary on global warming news for some of the latest details.)

“Broecker’s paper is a reminder that global warming was actually predicted before it became evident in the global temperature records over a decade later (when Jim Hansen in 1988 famously stated that ‘global warming is here’),” RealClimate notes.

But, rather, the question is: what are we going to do about it?

What are you going to do about it today?

Thank you, Grist, for bringing this global warming birthday and the quotes above to our attention.