Skip to content
Loading...
How A Small School In Rural Zambia Will Finally Get Electricity
7 Water And Energy Conservation Strategies For Large Families
How 200 Solar Lights Found Their Way To A Small School In Rural Zambia
Ørsted Consolidates Customer Solutions & Bioenergy Divisions
India’s NTPC Limited Offers Solar Power Project Management Services To ISA Members
5 Tips to Make Your First Bike Commute to the Office a Successful One
Congress Charges Ahead on Energy Storage: (BEST) Act
First Round of 15 Winners of Reinventing Cities Competition Announced, Creating New Beacons of Sustainable Design & Construction
5 Major UK Businesses Powered by Renewable Energy
Buy An Electric Car And Save The Planet! Not So Fast, Consider The Alternatives First
Why Do Republicans Now Hate On Christian Morals, National Security, Democracy, The US Constitution, The Rule Of Law, The FBI, The CIA, Honesty, & The US Deficit?
Don The Con & Crew Creating Alternative Reality That Is Almost Completely Fake
Nasty Gas Smells In Long Beach Launch AQMD Long-Term Investigation — We’re There, And It’s About Time!
EducationGlobal Warming 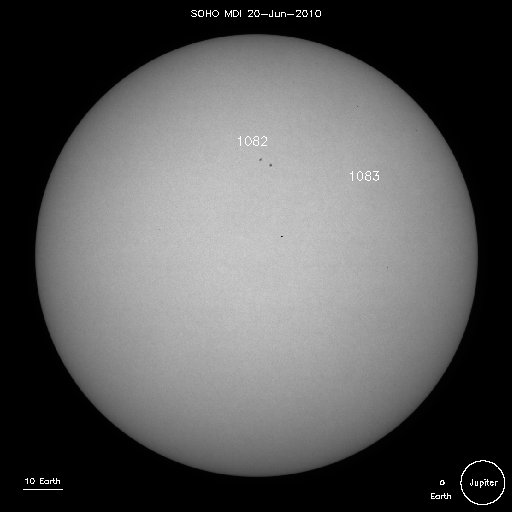 Something unusual is not happening on the surface of our sun: dark patches, known as sunspots, seem to be missing.

These variously sized sunspots –frequently occurring in pairs–that regularly appear on our Sun’s surface have been tracked and recorded for over four centuries (since the time of Galileo and even earlier). It has long been observed that the comings and goings of such spots occur generally over an eleven year period, oscillating between a “solar minimum” (a low sunspot activity phase) and a “solar maximum” (a high sunspot activity phase).

Technically, we should have been seeing a transition out of a solar minimum and into a phase of more plentiful sunspot appearances, but, for the past two years there has been a virtual dearth of sunspot activity. This absence of sun spots is currently the subject of much discussion in the solar science community.

Our Sun is experiencing the most prolonged period of minimal sunspot activity in nearly a century. The puzzling absence of these spots, whose build-up commonly signals the occurrence of large solar storms and flares, has space scientists and solar physicists searching for explanations.

Sunspots are typically observed in pairs (though not always) which are oppositely charged and are believed to be the result of magnetic field lines escaping the sun’s surface and looping back to reconnect beneath the locus of the positively charged spot (although sometime this does not happen, or happens within a single, large spot). They appear dark due to the fact that this  magnetic energy flow lowers the surface temperature at these spots.

The last solar minimum was in 2008, and so, sunspot activity was expected to be picking up by now. Computer modeling of solar dynamics predicted a return of sunspot activity in 2009 and 2010.  So far, this is not being seen. It is as if the sun is having trouble “kick-starting” its newest sun spot cycle, and thus also, its magnetic dynamo that lies deep within it. For now, we appear to be in an extended solar minimum.*

Solar dynamics are also driven by the sun’s “conveyor belts”–one flowing within the sun and the other flowing across its surface–which transport gas and magnetic energy between the interior and surface (and out into space). Recent observations and calculations show that the sun’s surface conveyor is speeding up, while its internal conveyor is slowing down. Neither of these phenomena was predicted by current computer models; there appears to be some large piece of the solar puzzle still missing.

We are currently experiencing Solar Cycle 24 (the 24th such cycle to be officially observed/documented), and, according to solar physicists working with the Hinode solar observation mission, things are “heating up”, only slowly. No doubt, the sunspot cycle will start up again, eventually. But why this is happening–or not happening– is becoming quite the mystery.

Speculatively, a prolonged absence of sunspots may mean that when the sunspots do return, they may do so in greater numbers than in previously cycles. The resulting increase in solar activity–solar flares, storms and even MCEs (mass coronal ejections)–will likely produce major “solar particle events” (SPEs) that will disrupt communication satellites, GPS systems, cell phones, power grids and even possibly the functioning of the International Space Station.

There is also the question of how much this current minimum will impact the Earth’s climate. While there is obviously some relationship between solar activity and the Earth’s climate system (such as our precipitation cycles),  the long term impact on the Earth’s climate from solar dynamics is a subject of much controversy, with more ‘unknowns’ than ‘knowns’.

However, there is one well-documented historical example here: our sun went through a prolonged phase of sun spot inactivity–known as the Maunder Minimum– from 1645 through 1715 (see chart above). This period roughly corresponds to what has been called ” The Little Ice Age”, which greatly impacted much of Europe’s growing seasons and agricultural harvests for several decades.

In the meantime, the solar physics community is hard at work trying to determine what all this means. Currently, NASA, ESA (The European version of NASA) and JAXA (the Japanese national space agency)  have a fleet of  space-based observatories and instruments employed to keep tabs on solar dynamics. Three examples of these are the SOHO (ESA/NASA), Hinode (JAXA, Japan) and STEREO (NASA) missions.

* Special Note: This protracted solar minimum could be a “normal” variation in a much longer term solar state cycle–one cycling over centuries or even millennia. Many dynamic systems in Nature, though relatively periodic/predictable, experience variations in their state cycles of greater or lesser degrees, yet none-the-less remain stable over time. Our sun is most likely of this sort.

For more information on the Sunspot Cycle, visit the NASA site here.

For more up to date information and data on sunspots and other solar influences, visit the Solar Influences Data Analysis Center (SIDC)