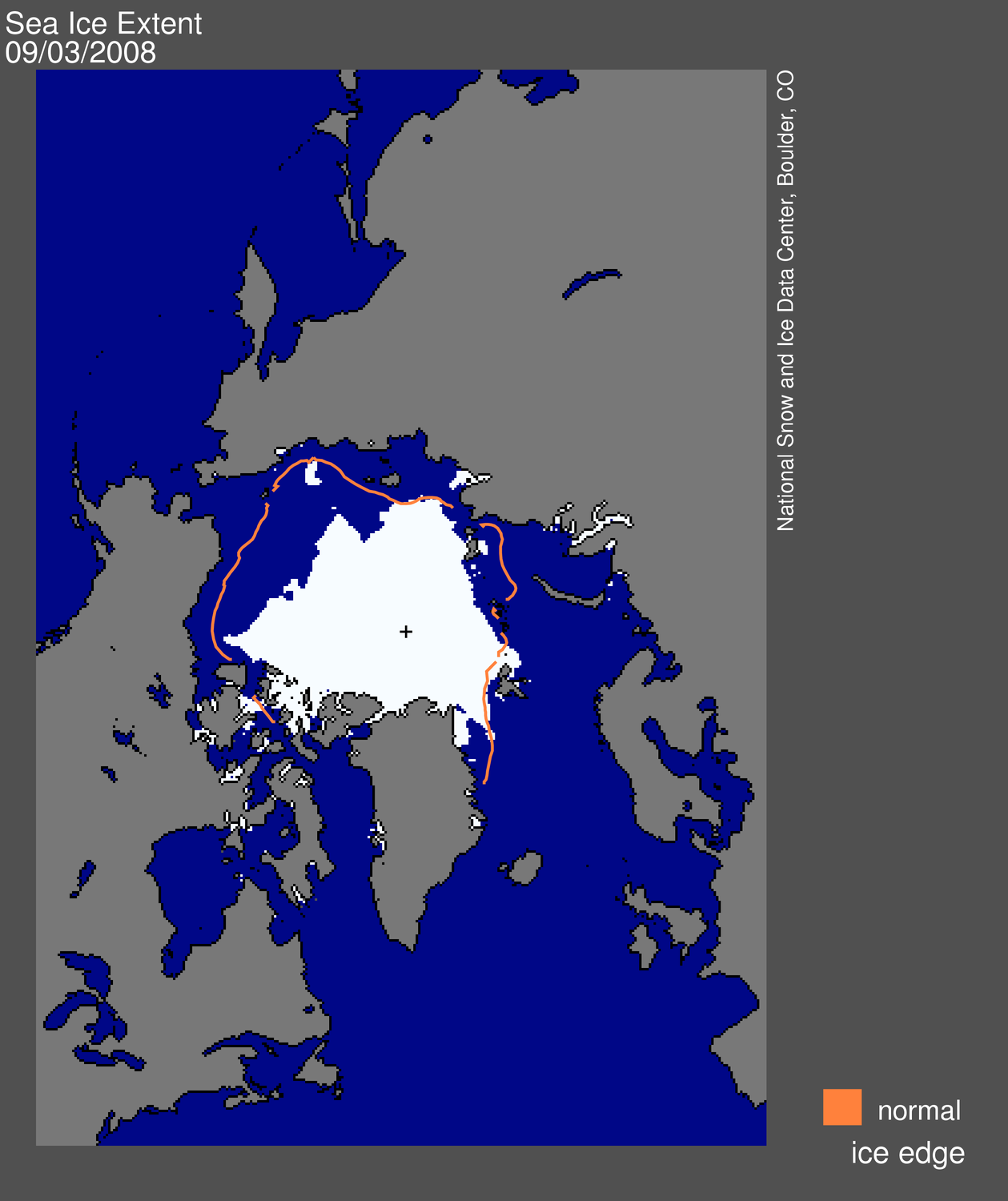 According to the National Snow and Ice Data Center (NSIDC),

Following a record rate of ice loss through the month of August, Arctic sea ice extent already stands as the second-lowest on record, further reinforcing conclusions that the Arctic sea ice cover is in a long-term state of decline. With approximately two weeks left in the melt season, the possibility of setting a new record annual minimum in September remains open.

A record was set for Arctic sea ice melt in 2007.  Much was made of the sea ice “recovery” over the ensuing winter of 2007/2008.  However, while the Arctic sea ice returned to an extent similar to that of the winter prior to the record melt, much of the new ice was very thin.  Thus even though 2008 has been a cooler year than 2007 (partially due to a strong La Nina cycle), the new, thinner ice has proven to be more susceptible to melting, as the graphic following the jump illustrates. 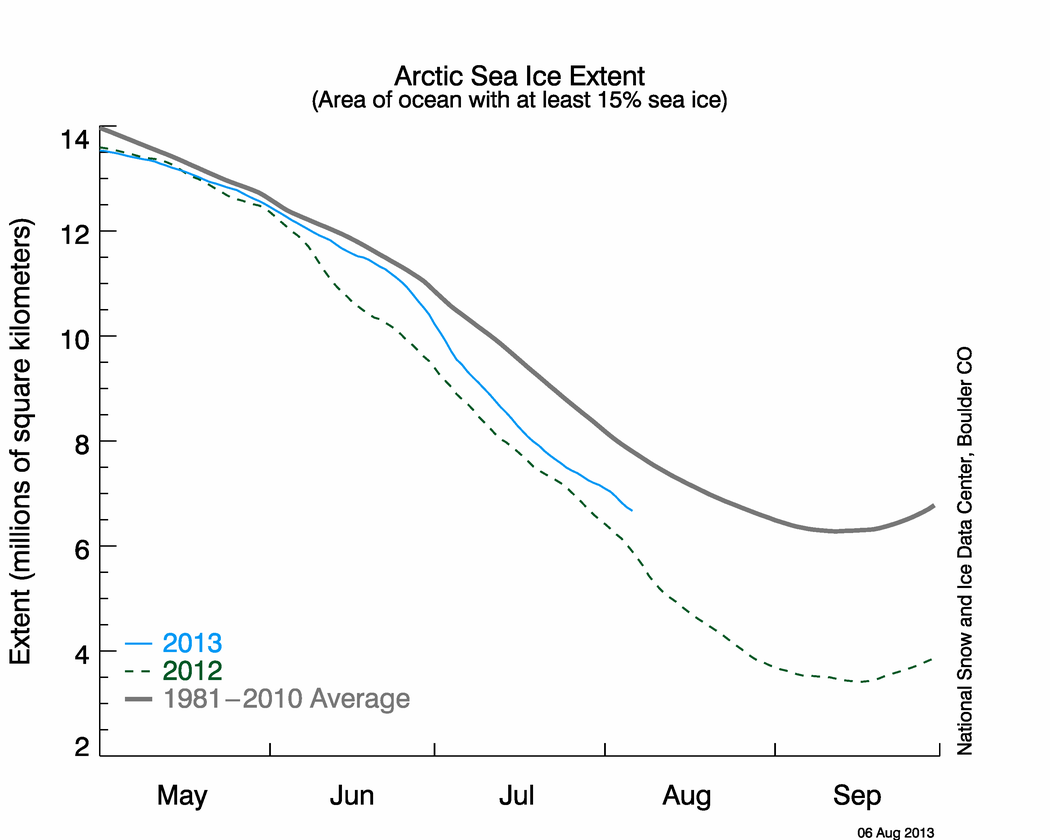 Because the new, thinner ice is more susceptible to melting, the Arctic sea ice melt this year has deviated from the normal pattern.  Usually the melt rate slows by mid-August, but this year it continued to melt rapidly, which allowed August of 2008 to break the record rate of melt for that month.

Ironically, the August melt was greater than the size of Alaska, a state very close to the Arctic from which Republican vice presidential candidate Sarah Palin hails, who does not believe that humans are causing global warming.

While this summer’s melt won’t leave the North Pole ice free as a few scientists predicted was a possibility, it may break the record melt of 2007 despite 2008 being a significantly cooler year.  This suggests that in the next few years when we inevitably have warmer temperatures, the North Pole will indeed be ice free.  The long-term trend is quite clear: 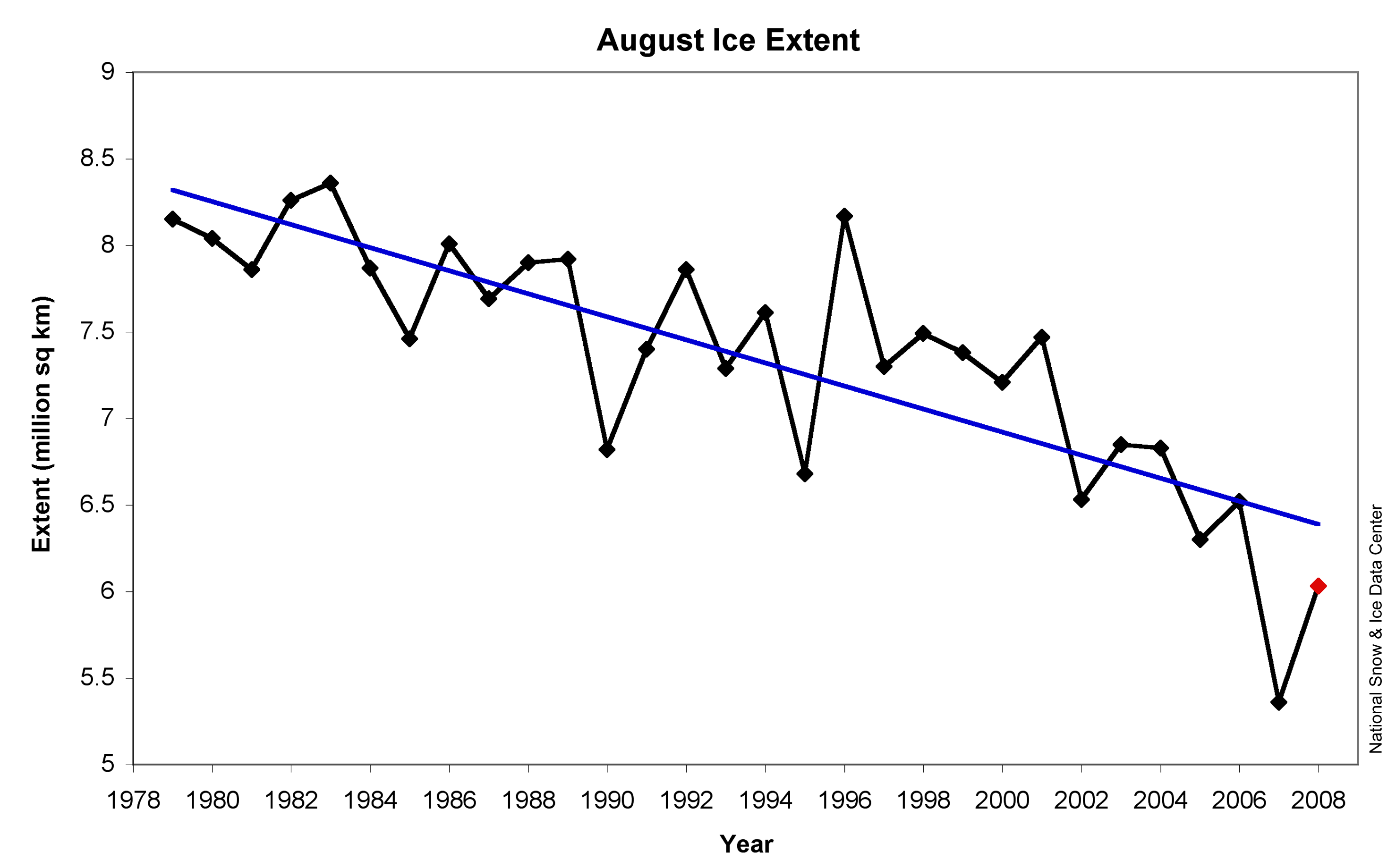 Images Courtesy of the NSIDC